With the onset of ITR filing season, salaried individuals and other tax payers start wondering about which new rule has been inserted for the current year. In the budget presented in February 2016, government introduced the concept of penalty of maximum Rs 10,000 for delayed filing of income tax return by individuals. The penalty came into effect from April 1, 2018 and did not apply for the financial year before that. With the effect, a new section 234F was inserted by the government in the Income Tax Act. The section stated that, an individual would need to pay a fee of maximum Rs 10,000 for late filing of income tax return, i.e. after the due dates mentioned in section 139(1) of the Act. 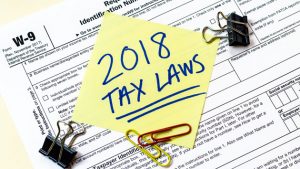 According to the act, the fee to be levied depends on the time period up to which the filing of ITR has been delayed.

Coming to the penalty, it would be levied from assessment year April 1, 2018 and therefore would apply to all the returns filed after this date. One should also be aware of the section 234A wherein simple interest is levied at the rate of 1% per month or a part of it on any tax amount if it is not paid within the due dates. An Individual will have to pay the interest for the period starting from due date of filing the return to the date till the return is filed. If the Individual does not file the return at all, the interest would be calculated from the due date till the date of completion of assessment order passed by the assessing officer. Those who have already paid the tax or TDS, the amount would be subtracted from the total tax payable clubbed with interest along with the fees, applicable from April 1 2018 as per section 140 A of the Act.

As the Penalty has been initiated by the government from assessment year 2018, it would be better to keep track of the dates and file ITR in time to avoid late charges.