The Virtual ID is the temporary random number linked to the Aadhar number of an Individual. The number is revocable, and it is not possible to extract the information about Aadhaar through the Virtual ID. Just like Aadhar, Virtual ID can also be used for authentication in various cases. At present the authorities have made it possible to generate the VID through the UIDAI’s portal. UIDAI has instructed entities to start upgrading their system so that they can accept VID.

Where can VID be used

Above mentioned all the actions can be completed feeding the 16 digit VID number instead of revealing Aadhar.

How to generate virtual ID? 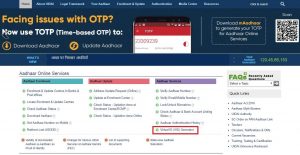 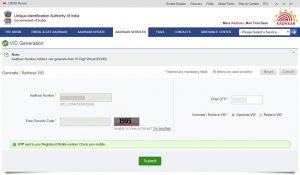 UIDAI has mentioned that banks would have until August 31st to deploy the new feature. The authorities have taken the decision to launch the VID option in response to growing concerns and complaints regarding the personal data and demographic details.

As of now few agencies that have migrated to the newer system and deployed the software  (Auth API 2.5 and e-KYC API 2.5)  would be able to accept the Virtual ID. UIDAI has categories the agencies into two heads namely

UIDAI has also mentioned that the telecom and e-sign companies that fail to deploy the VID system from July 1st 2018 would be charged Rs 0.20 for every transaction. In case, these companies are able to migrate the whole system by July 31st, the authentication charges imposed for the said period would be waived off.

User would be able to generate multiple VIDs and every time the new VID is generated, older one would get cancelled. The move would help the agencies to strengthen the process as well as limit the Aadhar number collection by various agencies.