The ministry of Corporate affairs has announced conducting KYC verification for all the directors in every company by linking it to the mobile number and email ID. The steps would be taken to update the registry of all the directors annually through a new e-form – Dir-3 KYC.

Under the new announcement, each director of every company who has Director identification Number on or before 31st March 2018 and if the DIN is approved would require to fill the form DIR-3 KKYC on or before 31st August 2018. The director would need to give the Unique Personal Mobile Number and personal email ID on which the one time password would be sent for the verification purpose. Every director would need to fill the form using his own DSC and should be duly certified by a practicing professional. Even the disqualified directors also need to fill the DIR-3 KYC forms.

What happens if the director fails to file KYC?

In case the director fails to file e-form DIR-3 KYC on or before 30th April 2018, the MCA21 system would render all approved DIN for which the DIR-3 KYC are not filed as ‘Deactivated’ with reason as ‘Non-filing of DIR- 3KYC’.

Filing of KYC after due date

If the director has delayed filing the KYC beyond the due date, the DIN would be deactivated. However, once the KYC has been filed and fine of 5000/- has been paid, such deactivated DINs would be activated again. Someone who is no more a director but once was also needs to file the KYC.

Further, the authorities have made it compulsory to affix DSC of Director on his e-form DIR-3 KYC.

Directions for the professionals

Professionals would be required to submit the declaration that he/she are engaged for Certification/verification of this form. There is a specific course of action for the professional, given he has certified the e-form DIR-3 KYC. 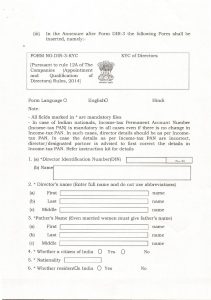 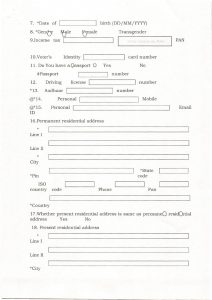