Although, the system was thought of during the regime of the UPA government, it could never become the ground reality. If the CCTNS is indeed implemented, the need of police verification for the new passport would not be there. Not only the new process would simply cut down the time taken for police verification but it would also eliminate the common problem of bribing that the citizens faced when the police officers came to verify the address.

It is the national database of the criminals and the crimes which would be linked to the passport service of the External Affairs ministry. With the help of CCTNS, it would be possible to check the past history and background of the applicant, all through a single click and then the passport would stand verified or not verified.

The CCTNS project would connect the 15,398 police stations of the country. Further the database would be expanded to include other citizen related services such as tenant verification, given the person who is being verified has given the permission. This would also link the network with the criminal justice delivery system and speed FIR in case of any crime committed. 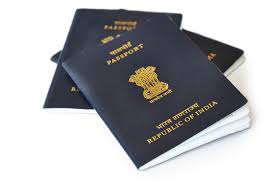 Until the CCTNS is launched and running in its full capacity, the ministry of external affairs has directed that the police verification should be limited only to the applicants with criminal backgrounds. This would simplify the process of getting the new passport without delay.

Further, students would also get a great deal of help who need the passport on urgent basis to pursue their course outside India. Apart from that, the new system would just be beneficial for anyone who wants their passport hassle-free and do not have any criminal background.

How will it work?

When implemented, the police portal would have 11 searches and 46 reports from the national database for the central investigation agencies and state police. Further, the Central investigation agencies have got the logins to the digital police database for the crime statistics. Till now, through CCTNS over 13,777 police stations out of total 15,398 have registered the 100% data into the database. As of now, CCTNS is a hub to around seven crore data records related to the past and current criminal cases.