Goods and Services Tax authorities come up with regular updates over the items that come under the purview of GST and the ones that do not. However, GST is a relatively new concept in India and taxpayers taking some time to come in terms with the new tax structure is justified. Also, making the new Tax regime more comprehensible is the goal of authorities to make sure that the taxpayers are not under the clutches of double taxation.

Recently, the CBIC has released FAQ on the Banking, Insurance and Stock Broker to clear the confusion as to the services that come under GST and ones that do not. Let’s go through some commonly asked FAQs one by one:

Question – As per RBI guidelines, Banks can use third party ATMs, Business Correspondents (BC), Customer Service Points (CSP) or third party warehouses. Are Banks required to include these third party places also in their GST registration?

Answer – The CBIC clarifies that banks are not required to include these services under their GST registration because the third party places are neither the places of business nor fixed establishment from where the Banks carry their business. It also mentions that third parties act as the independent service provider and offer services to the Banks. 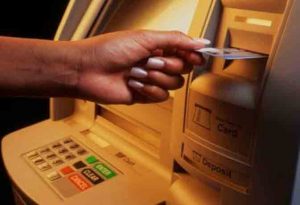 Question – A customer may avail numerous services from the Bank / insurer in a given taxable period. Is it mandatory for Banks to issue a tax invoice for each transaction or can the Bank issue a consolidated invoice for the service rendered during the tax period?

Answer – Going by the provision in the first proviso to Rule 47 of the CGST Rules, 2017 and insurer, a banking company or a financial institution, including a NBFC can issue the invoice within 45 days from the date of supply of service. Under the sub-rule(2) of rule 54 of CGST Rules, 2017, the entities can issue any other document in lieu of the tax invoice. Also, these entities can issue a consolidation statement/invoice/advice to the customers at the end of the month, including the details of all the charges levied during such month and GST payable thereon.

Question: Would income from Commercial Paper (CP) or Certificates of Deposit (CD) be taxable under GST?

The income from the commercial paper or Certificate of Deposit is not liable for taxation under GST because these are the instruments for lending and borrowing money wherein consideration is represented by way of a discount or subscription to CPs or CDs and it would be covered by the entry relating to ‘services by way of extending deposits, loans or advances in so far consideration is represented by the way of interest or dicosunt.

Similarly, Promissory notes are also not liable to be taxed under GST because it is included in the definition of ‘money’ as given by the clause(75)  of Section 2  of the CGST Act, 2017. But the investors should be aware of the fact that if some service charge or service fees or documentation fees or broking charges or such like fees charges are charged, it would come under the supply of services and chargeable to GST.

Question: Would charges for late payment of dues on credit card outstanding be chargeable to GST?

Answer: In this case Yes, because the exemption from GST on interest specifically eliminates Interest charged on outstanding credit card balances as per serial no. 27 of the table of notification No. 12/2017-Central Tax (Rate) dated 28th June, 2017, as amended.