Goods and Services Tax is a relatively new and the confusion in filing the taxes is quite evident. Even the experts in handling tax matters would need to be attentive regularly if they want to be aware of the recent amendments made, items included and rates changed. However, some companies have been ready in advance for GST and started offering the convenient GST app to the businesses as soon as the tax structure rolled out.

Here, we have rounded up few apps that are not only reliable but also help filing the tax in a one swift stroke.

Karvy GST – Being one of the registered GSPs Karvy has really invested in making this  GST app a good one. Taxpayers can have access to the GST laws, latest updates, various forms along with the GST registration process. 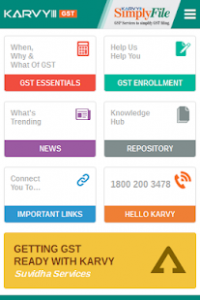 ClearTax GST – One of the best platforms, ClearTax GST is available on desktop as well as mobile platform. The app talks about GST inside out, mentioning every minute detail, presentations, training, rules and so on. Google advertisement is nowhere to be seen which is a relief and the app is available only on the Android version for now. 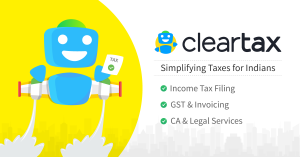 Tally for GST App – Tally is a known name in the accounting world and the group came up with their own software for GST App for mobile and desktop app after the launch of GST. User interface is impressive and at the same time easy to use. Once the tally app is downloaded, the user would need to register using mobile number or email. On the information, tally might not be that extensive when compared to the other apps but there is no Google advertisement in the app which earns it extra points. The GST app is available for both Android and iOS platforms. 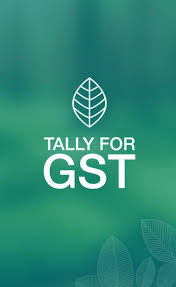 Deloitte India GST Connect – The company usually has the service enterprise clients and the app is quite simple and easy to use. The user would find that majority of the content of the GST app cannot be changed. The app is available on major platforms such as iOS and Android. 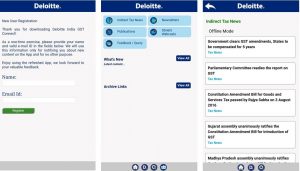 GST India – Yet another great app from the makers, the platform does have the rich content, job opportunities, discussion forums and so on. Like the other apps, the taxpayer would need to register on the platform first. Interface is simple and easy to use. However, the makers have released the GST app only for the Android Users as of now.