Income Tax related rules are put in place to ensure that everyone fills their obligation in time. It acts as a kind of deterrent for all the taxpayers so that they do not delay. Income tax rules have undergone few changes over the last few years and therefore it become important for an individual to go through all those new rules including belated ITR 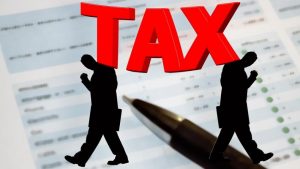 in order to avoid any form of penalty.

Only recently, government came up with a big change when it squeezed the timeline to file the return for financial year 2016-17 till March 31st 2018 which was previously allows till 31st March 2019 according to the previous rules. This was primarily done in order to stop tax evasion.

What is belated return?

If an individual is filing the income tax return after the due date, it is called filing belated return. As per the previous law, a belated return can be filed anytime before the assessment year ends. However, in case the taxpayer could not even respect the belated return date, there are few options left.

The Income tax department allows an individual to file the return even after the deadline of 31st March 2018. However, it is required that an individual should offer the sincere reason behind the delay if the authorities must grant permission to file the return. In order to convince the taxpayer, one should file an application of consonance up to six years from the from the FY 2015-16 to the last date that would be 31st March 2023. In case you did not pay the taxes for the relevant year, under U/s 234A, u/s234B and u/s 234C, the tax amount should be paid.

In case, you have paid the tax but could not file the ITR, it is not possible to apply for the condonation of delay. Additionally, the Income tax department might send the notice of penalty, maximum Rs 5000. If the individual is able to furnish the valid reason and income tax payer agrees that is a genuine reason, the penalty can be waived off.