Aadhaar is a 12-digit unique identification number issued by the Central Government to the Indian Citizens. The whole process is managed by the UIDAI and there are various services for which having an Aadhaar card is mandatory. However, every now and then we come across the new development when it comes to Aadhaar Card and it become a little challenging to keep track of the services that can be availed without Aadhaar Card and ones where the card is important.

Honorable Supreme Court has stated that government cannot be stopped from using the Aadhaar identification for using its non-welfare schemes such as opening banks, verification of new and existing mobile payments and user credentials among others. However, the Supreme Court also made it clear that Aadhaar cannot be made mandatory for the welfare schemes.

Keeping in consideration the directions of Supreme Court, Government listed the services where the Aadhaar Card was made mandatory to avail it. Here is the list provided by the Government. 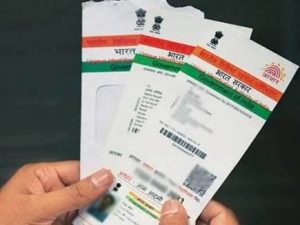 However, recently the Central Government has stated that citizens do not need to furnish their Aadhaar Card for getting the new SIM. Telecom companies are also directed to accept other documents instead of asking for Aadhaar Card.