SEBI has now come up with the stricter ownership and governance norms for the registrars as well as transfer agents. The official circular reads, “SEBI constituted a Committee under the Chairmanship of Shri R. Gandhi, Former Deputy Governor, Reserve Bank of India, on October 16, 2017, to review the existing framework of Market Institution Infrastructure. The Committee submitted its report thereon March 26, 2018. The recommendations so made are under active examination of SEBI.” 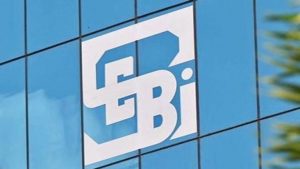 Since most of the functions performed by the RTAs takes into account a lot of sensitive investor data, it is high time to make the rules more stringent and expand the scope of Market Institution Infrastructure. It is the duty if the RTAs to keep the detailed records of all the investor transactions in mutual funds and shares. This in turn helps the investors to complete their transactions and avail the record of the account statements.

Back in September 2017, SEBI established that RTAs should become QRTA and once that happens, stricter ownership norms can be applied to them. Also, SEBI has proposed that the RTAs should either have the dispersed ownership or owned by the regulated entities or the ones which are into the business of RTA.

Until now the stock exchanges, depositories and clearing corporation form the market infrastructure institutions (MIIs). However, under the new regulation SEBI is considering to put credit rating agencies, debenture trustees and registrar along with the share transfer agents in the category.

For the credit rating agencies, the panel has however maintained that additional ownership norms might be put on hold as of now. Further, the proposal of changing the name of appeal committee to the review committee  has also been proposed. It is because the term ‘Appeal’ has a legal ring to it and the review committee should have independent members.  In order to satisfy the ‘Essential Facility Doctrine’ and ‘Public Utility’  criteria, the committee has also proposed Public Interest Directors (PIDs) to be included in the board of CRA. Other than few changes fall in place for the CRAs as all the significant CRAs are either public limited companies or listed and will have to contemplate with the appointment of independent directors for the listing requirement or Companies Act respectively.

For the Debenture Trustees, the panel acknowledged that they come across few challenges in performing their obligations and duties as debenture trustee and that their function is still budding. Therefore, the committee has stated that changes in ownership and governance of Debenture Trustees is not on the cards right now. On the other hand, the role and obligations of the Debenture Trustees need a comprehensive review. The proposed norms by the Gandhi committee are under the review. About the inclusion of certain entities in MIIs, the committee has submitted its report on April 25th 2018. SEBI has posted the same for the Public Comments.

The comments about the proposed changes can be emailed to rgcpart2@sebi.gov.in or alternatively a hard copy of the same may be sent to the following address-

Securities and Exchange Board of India