Income Tax payment has always been a complicated subject for layman. We often do not know while paying the Income Tax that what would come under the ambit of Tax and what would not. Often, this leads to confusion and lot of paperwork. One of the most common questions that is asked by an Income Tax Payer is that whether the tax should be paid on the sale of Inherited Property or not. 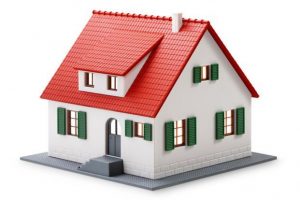 While some Individuals think that the sale proceed from the inherited property is fully exempt, other think that it is fully taxable. So, the fact is that there is no tax liability tax at the incidence of inheritance but the profit made on the sale of an inherited house would be taxable as capital gains.

How the Capital Gains Is Calculated?

What is Cost of Acquisition?

It would be the amount paid by the previous owners to purchase the house. So for instance, if the father of an Individual has inherited the house from his father who purchased the house at One Lakh INR, then the cost of acquisition for all the tax purpose would be that One lakh rupees. If the house has been inherited before April 1st 1981, the fair market property value would be calculated as on April 1st 1981 for the ‘cost of acquisition’ and apply the cost inflation index multiplier on that value.