GST Council has paid heed to the issues raised by the GST tax payers as steps have been taken to simplify and speed up the process. The GST network has been converted into a 100% government enterprise and current three filing forms have been reduced to only one. The committee reached the conciliation in the suggestions of the two groups and therefore the final results were announced. 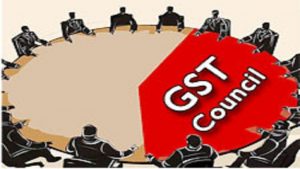 dealers and those who are filing return with zero transactions. The dealers who are excluded would be allows to file their return on the quarterly basis. Also, the date to file the return should be staggered on the basis of turnover. This would help the registered person to manage the load on the IT system.

Under the new regime, there would also be unidirectional flow of invoices to be updated by the seller at any point of time during the month. The filing would be considered as the valid document to get the input tax credit by the buyer. Buyers will not have the facility to track their uploaded invoices on daily basis during the month. After the new rule is in place, the dealer would not require uploading the purchase invoice. B2B transaction invoices should use HSN at four-digit level or higher for the consistency in the reporting system.

After six months the return design and new simplified IT interface would also enable the B2B dealers to fill the invoice-wide details related to the outward supply made by them. Once the details have been filled in, system would calculate the tax liability. The input tax credit will be calculated right away by the system based on the invoices uploaded by the sellers. Taxpayer would also get the user-friendly IT interface along with the offline IT tool to upload the invoices.

B2B dealers would require to fill the invoice-wise details for the outward supply made by them. Based on the system the tax liability will automatically be calculated. Further, the input tax credit would be calculated by the system based on the invoices uploaded by the sellers. Taxpayer will also be offered user friendly IT interface along with the offline IT tool to be upload the invoices.

Further, under the new rule, there would be no reversal of input tac credit from buyer on non-payment of tax by the seller. If the default has been made by the seller regarding the tax, recovery would be made from the seller. But that would not be the only option because the reversal of credit from buyer would be an alternative with the revenue authorities to resolve the exceptional situations such as missing dealer, closure of the business by the supplier or there is shortage of assets and so on.

Finally, there would be a three stage transition with Stage 1 being the present system of filing of return GSTR 3B and GSTR 1. However, both GSTR 2 and GSTR 3 would remain suspended.