Understanding the transition provisions are of prime importance as the same would help in the smooth transition to the New GST Regime. Certain situations such as return of goods sold, receiving of the goods after appointed day, change in price of goods/ services can arise during the transition phase. Some of them are discussed in this Article. 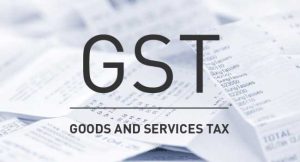 To tackle this situation Section 140(5) of the Act comes into play which provides that a registered person shall be entitled to take credit of eligible duties and taxes in respect of inputs received after the appointed day but the duties and taxes on the same have been paid under the existing law subject to the condition that the said goods will be recorded into the account books within a period of 30 days from the appointed day. However the said period of 30 days can be extended to another 30 days by the commissioner on a sufficient cause.

Rule 2(c) of the draft transition rules provides that the registered person shall file a statement stating the following details to claim the credit:

Under the current tax regime when the goods are returned back to the seller the value of returned goods is reduced from the amount of turnover and taxes already paid on the said goods are reversed. However during the transition phase of GST the return of goods will depend upon the type of goods returned by a registered or unregistered person and also whether the goods are tax paid or exempt.

The registered person who received back the goods shall be eligible for refund of the duties/ taxes paid on such goods under the existing law.

The return by a registered person will be treated as Deemed Supply and tax will be paid on this by the person returning the goods.

This provisions has been entered to eliminate the loss suffered by the original seller as when the goods were sold during existing law, the buyer was allowed to claim input tax credit on the tax paid by him while discharging output tax liability, or to carry forward the input tax credit to the GST regime. But the seller will not be in the position to claim the Input Tax Credit of the tax paid under the existing regime when the goods will be returned. So when such goods are returned under the GST, tax will be paid by the person returning the goods thus balancing the ITC earlier availed/ carried forward by him and the same will be allowable as ITC to the original seller thus neutralizing the effect of the tax paid by him under the existing laws.

When goods which are exempt under the existing regime are returned after the implementation of GST by a registered person, no tax will be payable by the person returning the goods.

No condition has been prescribed for return of exempted goods by unregistered taxable person as the same does not involve any payment of the tax.

Section 142(12) of the GST Act provides that the goods which were sent on approval basis not earlier than 6 months before the Appointed day are returned being rejected or not approved by the buyer, no tax shall be payable thereon if the said goods are returned within a period of 6 months from the appointed day.

However the said period of 6 months can be extended to another two months by the commissioner on a sufficient cause.

If the said goods are not returned within the period specified then:

In case of the return by a registered dealer:

If such goods are liable to tax under the GST regime the tax will be payable under the GST Act by the person returning the goods and the same will be deemed to be a supply by him.

In case of the return by a unregistered dealer:

In case the goods are returned by an unregistered dealer and the said goods are liable to tax under the GST regime than the tax under this Act will be payable by the person who has sent the goods on approval basis.