All persons holding an Indian citizenship to pay tax on their worldwide Income: 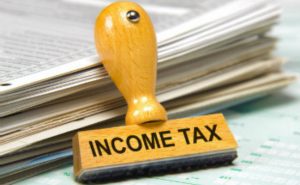 The Government of India will introduce a new policy, effective from 31 March 2017 that will force ALL persons holding an Indian citizenship to pay TAX on their WORLDWIDE Income. This means that if you are holding an Indian passport, regardless of where you reside in the world, and even if you have not traveled to India for a long period of time, you will be forced to declare your worldwide income to the Indian Tax Authorities, which worldwide income will be subject to Indian Income Tax. Last year, 15,000 Indian nationals took up residence in Dubai for tax saving purposes. Others relocated to Hong Kong, Singapore, Mauritius and other low tax jurisdictions in order to mitigate their tax liability in India. However, when the new policy comes into place, regardless of their tax residence, the India national will still have to declare their non-Indian wealth to the Indian Government.

This model to be adopted by the Indian Government is taken from the USA model. In the USA, the Government levies tax on the worldwide income and estate/gift returns on ALL USA citizens, regardless of where you live. See link www.irs.gov

At the same time to avoid double taxation on same income they give credit for foreign taxes paid. That means you have to report your worldwide income either active or passive.

Report Worldwide Income. By law, U.S. citizens and residents must report their worldwide income. This includes income from foreign trusts and foreign bank and securities accounts.

File Required Tax Forms. You may need to file Schedule B, Interest and Ordinary Dividends, with your U.S. tax return.

Don’t Overlook Credits and Deductions.  You may be able to take a tax credit or a deduction for income taxes paid to a foreign country.