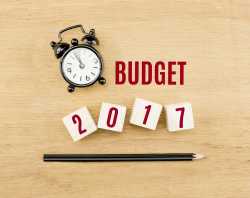 The upcoming Union Budget holds more importance than ever post various developments in the Indian economy. The financial service industry has played a vital role in the growth of the economy and has some sort of cause and effect relationship with the economy. In the past few budget, there were strong indications over the proposed amendments and the clarifications to the Income Tax Act, 1961. There have been various committees constituted over the past giving recommendations on direct tax and other issues. Therefore, . Let us understand what are the expectations from the budget on various fronts.

In the time period between 2001 and 2015, Alternative Investment Funds have invested more than $103 billion in Indian companies. Funds such as Private equity, venture capital, inter Alia, infrastructure funds, debt funds are included in AIF. AIF funds have lately become a vital catalyst for the growth in Indian economy, looking at just the size of investment that they are making. There have been various tax reforms done in this field by the government but still a lot is expected. The Union budget is expected to take major cues from the recommendations made by the Murthy Panel and bring in Tax reforms:

Non-banking financial companies have been a significant part of Indian economy, specially in the rural areas. These institutions offer easy finances for buying buses, tractors, trucks and so on. In the end this creates higher job opportunity. In the previous budget , an effort was made to bring parity between the NBFCs and the banks when it came to direct tax regime. However, there is one basic area where, NBFCs are seeking some amendment.

As per the direct tax act the principle of taxing income on stocky advances in the same year as received by the banks, housing finance companies and various other financial institutions is offered. However, NBFCs are still to receive this benefit.  If in this budget this Tax reform  issue is addressed, it would be a big relief for the NBFCs

Speculations over the changes to be made in the capital gains front for investment in stocks and shares are high. Finance minister has already said it loud and clear that there is no intention to impose long term tax gains on the stock market. However, certain changes regarding the Tax reform are expected to be included in this Union budget:

If the government makes these amendments as expected then it could impact the Institutional investors who have already seen major changes in the form of renegotiated tax treaties by the government with Cyprus, Mauritius and Singapore.