Government has announced Pradhan Mantri Garib Kalyan Yojana (PMGKY) 2016 which will start from December 17th and remain open till March 31 next year. This is seen as the last window for the people who have hoarded unaccounted wealth. Those who are yet to declare their income can do so under this scheme or ready to face the stringent actions. Any individual who declares income under this scheme will be imposed with a Tax of 50%. This break up is as follows: 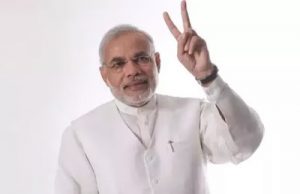 Out of the total cash deposit declared, 25% of the amount will go into the non-interest bearing Pradhan Mantri Garib Kalyan Yojana deposit scheme 2016, for four years. Any declaration made under the PMGKY will be kept concealed and those who declare the cash deposit under this scheme will not go through the prosecution. Government has given longer period than expected, since they want people to come out voluntarily and declare the income. Those who do not declare the income under the scheme will face upto 85% of the penalty and also face the prosecution. Further, if an individual does not show the deposits but declares it in the income tax return will now attract total penalty of 77.25% in taxes and penalty. Most of the banks will have access to PMGKY scheme norms with the at the earliest and an individual can take the benefit of this scheme only after the payment of 50% tax and setting aside 25% of he undisclosed amount.

Government has assured the people that if they are declaring the income under this scheme voluntarily, there will be no enquiry over how the money was generated and what is the source of income. Therefore, it is a good opportunity for people to become part of the transparent system. Ever since the government has demonetized Rs 500 and Rs 1000 noted there have been total of Rs 1.36 lakh crore worth of currency issued which is only 10% of the total money sucked from the economy.

In our article Cash deposit over Rs.2.5 Lakh  we have explained possible notice from Income tax department but here there is a Golden and final opportunity for black money holders to escape all legal notices. Many black money holders planning to escape by filing amended return to show more income in last year which again will call for fresh notice from income tax department

Steps To Apply For PMGKY

Payment and Deposit Proof – Individuals will then need to fill a form which will be verified according to the rules and regulations set by the government. All the declarations should be made with the proper evidence.