An Income Tax amendment bill was introduced in the Parliament through which the government is looking to eliminate the shortcomings in the existing income tax act which has been misused by those hoarding black money. Demonetization has wiped out black money from the system massively and Income tax amendment is the next step in this regard. 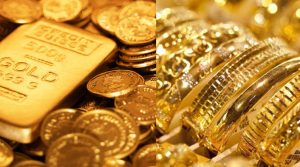 India is the world’s second biggest gold buyer and is estimated that around one-third of the annual demand is approximately 1,000 tonnes. A large amount to buy the gold is paid in black money and those unaccounted cash is held by the citizens which is not registered in any official accounts. There have been reports that the government is keenly watching the gold purchase across the country after the demonetization was announced. But, the government has finally announced that there will be no tax levied on the gold purchased out of disclosed or exempted income.

However, there have been some sort of unwarranted fear amongst the public who are expecting some sort of tax on Gold. Here are the amendments proposed in the Income Tax act by the government.

The amendment also states that individual who has the taxable income over Rs 50 lakh should have disclosed the the details of the jewellery held as on March 31 2016 under assets and liabilities schedule of the tax return. Till the financial year 2014-2015, jewellery was considered as taxable wealth. There is no need to be concerned if an individual has complied with all the regulations.