The Ministry of Corporate Affairs has put out the notification regarding provision of the Companies Act 2013 (Act). As per the notification, National Company Law Tribunal will be enabled to handle the corporate restructuring and winding up companies in addition to transfer of pending proceedings to it.

The government has not issued any notification relating to cross-border mergers and takeover offers under a compromise or arrangement. 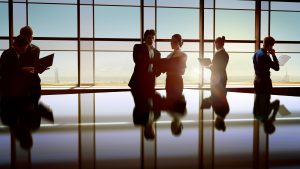 During the proceedings the company is dissolved and during the process assets are collected, debts are paid and the assets of the company or contribution made by the members should be done, if deemed necessary. After the process of wind up, if anything is left then it will be distributed among the members according to their rights.The ministry has given power to NCLT to wind up the powers but has put the condition that voluntary winding-up provisions will come into effect starting April 1, 201These are the powers that ministry has vested in NCLT:

NCLT benches will take care of all the proceedings under the Act pertaining to compromise, arbitration, arrangements and reconstructions. After, the government will notify the implementation date, the NCLT will take from there and hear the transferred matters right from where the proceedings were paused. However, NCLT will not be given the cases that have been reserved by the High Court.