India is entering the cashless economy phase truly for the first time post Demonetization with people now relying on digital payments and e-wallets for most of their basic needs. However, threat of cyber crime such as Phishing cannot be denied with increase in  number of mobile transaction. The government is promoting internet banking, payment through e-wallets, USSD, UPI and host of other alternatives. There are some of the most common cyber crimes that can affect an Individual.

Identity theft – Perhaps one of the most common type of cyber crimes, the hackers try to steal the bank credentials of the user. Identity is stolen by inflicting phishing, malware and vanishing attacks. Phishing is something where an Individual receives fake emails. One should not click on any such email which looks doubtful or promises great rewards.

Vishing is another fraud where Individuals pose as the banking officials and make calls to people. Thereafter, these fake officials ask people to share their credit card or debit card credentials.

SQL Injection – It has been one of the most common methods of stealing the credentials of the customers through layer application of the attack. Attackers steal data, credentials or damage the reputation through this layered attack. Hackers inject tailor made queries and then break into the private information by bypassing all the security measures.

BOTNETS – Innocent users form a part of Botnet army even without being aware. It is tough to identify the effect of botnets until string of transmissions are send to a single web application and results into massive breakdown.

Lost devices – In case someone loses his mobile which is not password protected, there could be threat of the device being cracked into and the credentials stolen. 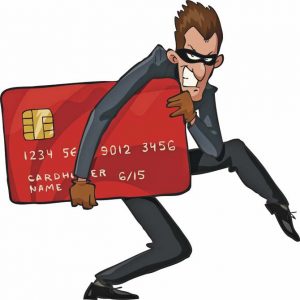 Further, linking the e-wallet app with other social networking apps could also give way to the fraudsters to steal data and misuse it Juniper research mentioned that globally, online fraud transactions are expected to surge around $25.6 billion by 2020, an increase from $10.7 billion last year.