Trending
Traffic police are moving ahead with their plan to make mandatory from February 1 wearing of seat belts for those in the front seat of cars and other light motor vehicles (LMVs).Additional commissioner (traffic) MA Saleem told TOI: We will start the campaign with a publicity blitzkrieg on Republic Day.Section 138 of the Motor Vehicles Act has made it mandatory that those in the front seat of LMVs wear seat belts.We will enforce the rule from February 1.
Saleem said those found flouting the rule will be slapped a spot fine of Rs100.The officer said the volume of traffic in the city is rising by leaps and bounds and motorists safety is a matter of concern.
At present,seat belts are no more than ornamental pieces in cars.In case of any accident,seat belts will save motorists. Seat belt is mandatory for both driver and next front seater. 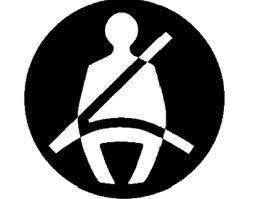