Trending
In the first action of its kind,the government has cracked the whip on foreign airlines charging obscenely high amounts from US-bound passengers for checking in more than one bag.Till now US-bound economy class passengers were allowed to check in two bags of up to 23 kg each.But last year US airlines started charging for the second bag,a practice started by European carriers as well in past few months as a result of which a passenger may end up paying anywhere from Rs 4,000 to Rs 20,000 extra for a one-way passage. 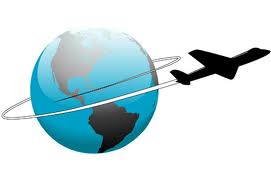 The Directorate General of Civil Aviation (DGCA) has asked the US and European airlines to revert to the old practice of allowing two bags with weight limit and the latter have to reply by the month-end.
This anti-passenger policy of some airlines will not be allowed to continue.The matter is being taken up under the existing air service agreements India has the countries (whose airlines have started levying the fee).
Share. Twitter Facebook Google+ Pinterest LinkedIn Tumblr Email