Trending
How Bangaloreans can get unique ID (UID) or Aadhaar ?
The mammoth task of handing out unique ID (UID) numbers to 80 lakh Bangaloreans kicks off on a grand scale across 105 centres from Wednesday.
The department of e-governance,the principal registrar for Aadhaar in the state,will take up enrolment at select Bangalore-One centres,stadia and community halls in the first phase.The number of centres will be doubled by this month-end.
Newly sworn-in chief minister D V Sadananda Gowda will symbolically kick off the Bangalore campaign by turning up for enrolment at Yavanika,the State Youth Centre on Nrupathunga Road,on Wednesday morning.As reported earlier in TOI,Aadhaar enrolment in the IT city will be 24/7 with special focus on institutional enrolment.
We have a special roll-out strategy for Bangalore;we want to enrol all citizens by this December.Besides day/night walkin centres,we will open appointment-based ones for those who dont wish to wait in the queue.We will set up a 24/7 call centres for UID-related information and all centres will be mapped on Google Earth, D S Ravindran,CEO,department of e-governance,said.In the coming months,there will be 1,100 enrolment stations for residents across the city.
The department will target institutions,associations and welfare groups which are big catchment areas.We have already set up stations at the Press Club and at International Institute of Information Technology,Bangalore. As of now major Post officers are accepting and processing UID but it will be very time consuming considering 80 lakh population of Bangalore. 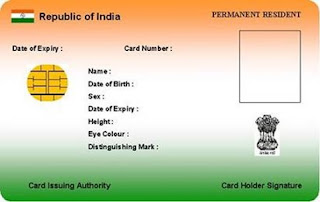