Trending
An Inter-ministerial committee consisting of officers from Department of Telecom, Indian Council of Medical research, Ministry of Health, Department of Biotechnology and Ministry of Environment and Forest was constituted to examine the effect of EMF Radiation from base stations and mobile phones has given it’s report.
Effect on human health:
Studies have shown that human beings are bio electrical systems. The heart and the brain are regulated by internal bioelectrical signals. Environmental exposures to EMF can interact with fundamental biological processes in the human body and in some cases this may cause discomfort as reported in literature.
2.2 In a human body due to the proximity of a mobile phone to the head, the head is the targeted recipient of the electro-magnetic energy from many wireless systems whose impulses are transmitted to other organs and parts.A high frequency signal modulated at certain low frequency or a signal i.e. pulsed may have harmful effects than an un-modulated study carrier, as reported in literature.
2.3 Modulation signals are one important component in the delivery of EMF signals to which cells, tissues, organs and individuals can respond biologically. Modulating signals have a specific beat defined by how the signal varies periodically over time. Modulation signals may interfere with normal, nonlinear biological functions, as reported.
2.4 There have been growing public concern of possible adverse health effects due to EMF Radiation. The area of concern is the radiation emitted by the fixed infrastructure used in mobile telephony such as base stations and their antennas, which provide the link to and from mobile phones. This is because, in contrast to mobile handsets, it is emitted continuously and is more powerful at close quarters. The field intensities drop rapidly with distance away from the base of the antenna because of the attenuation of power with the square of distance. Following the enormous increase in the use of wireless telephony, mobile phone radiation and health concerns are being raised from time to time.
Thermal Effects:-
One effect of microwave radiation is dielectric heating, in which any dielectric material, (such as living tissue) is heated by rotation of polar molecules induced by the electromagnetic field. The thermal effect has been
largely referred to the heat that is generated due to absorption of EMF radiation. In the case of a person using a cell phone, most of the heating effect occurs at the surface of the head, causing its temperature to increase by a fraction of a degree. The brain blood circulation is capable of disposing the excess heat by increasing the local blood flow. However, the cornea of the eye does not have this temperature regulation mechanism. The Thermal effect leads to increase in body temperature.

Non-Thermal Effects:-
The communication protocols used by mobile phone often result low frequency pulsing of the career signal. The non-thermal effect is reinterpreted as the normal cellular response to an increase in temperature

The Non-thermal effects are attributed to the induced electromagnetic effects inside the biological cells of the body which is possibly more harmful. People who are chronically exposed to low level wireless antenna emissions and users of mobile handsets have reported feeling several unspecific symptoms during and after its use, ranging from burning and tingling sensation in the skin of the head, fatigue, sleep disturbance, dizziness, lack of concentration, ringing in the ears, reaction time, loss of memory, headache, disturbance in digestive system and heart palpitation etc. There are reports indicating adverse health effects of cell phones which emit electro-magnetic radiation, with a maximum value of 50% of their energy being deposited when held close to the head.

The most pervasive environmental exposure in industrialized countries today is the Electro Magnetic Radiation (EMR) or Electro Magnetic Fields (EMFs) exposures created by the vast array of wireless technologies.
3.1 Environment represents the totality of physical, chemical, biological, behavioral and socio-economic factors. The electromagnetic radiation pervading the environment is now increasingly realized and this has added to the list of another pollutant in the environment i.e. electro-pollution.
3.2 Some Studies reported that mortality at communication towers over 200 ft. may be a threat to the healthy population of birds and electromagnetic radiation from cell phone towers may probably be the reasons for the vanishing butterflies, bees, insects and sparrows. Some other Studies have also shown that there seems to be effects on birds exposed to the electromagnetic field radiation and losing navigational ability. They get

disoriented and begin to fly in different direction. (Gavin, Karen and Gerald 200058: Joris and Dirk 200783: Andrews, 200784). However the committee notes that these studies were unable to find a direct link of exposure of EMF radiation to adverse effects on birds.
3.3 The Ministry of Environment & Forests, (Wild Life Division) has constituted a committee on 30th August 2010 to assess the level of possible impacts of growth of mobile towers in Urban, Sub-urban and even rural/forest area on the population of birds and bees and to suggest appropriate mitigative measures to address to the problem.
3.4 For monitoring of the proliferation of EMF radiation, provision of ambient EMF radiation monitoring network may be considered on the line of national ambient air monitoring network, ambient noise monitoring network, weather monitoring stations, etc. 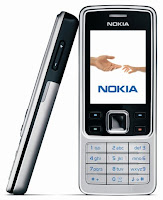 1. Adoption of SAR level for mobile handsets limited to 1.6 Watt/Kg, averaged over a 6 minutes period and taken over a volume containing a mass of 1 gram of human tissue as per the FCC norms of United States.

a. Use a wireless hands-free system (headphone, headset) with a low power Bluetooth emitter to reduce radiation to the head.
b. When buying a cell phone, make sure it has a low SAR.
c. Either keep your calls short or send a text message (SMS) instead.

This advice applies especially to children, adolescents and pregnant women.
d. Whenever possible, use cell phone when the signal quality is good.
e. People having active medical implants should keep their cell phone at least 30 cm away from the implant.


8. The Information is made available on Government website with list of SAR values of different mobile phones.
Mobile Base Stations : –
9. The RF exposure limits in India may be lowered to 1/10th of the existing level keeping in view the data submitted by COAI/ AUSPI during presentation made to the committee and trend adopted by other
developed countries.

10. To provide static continuous testing / measuring centers for online monitoring of radiation level at prominent places in metro/cities and the data to be sent to the central server for information.

11. Apart from self certification for compliance of radiation norms on EMF exposure as is presently being done, the mobile service providers should also measure the radiation level of certain prominent places and display it for information of the general public. They should also have mobile unit for its measurement wherever necessary.

12. DOT should create a national data base with the information of all the base station, their emission levels and display on public domain for public information.

14. For the future expansion of telecom network in the country use low power micro cell transmitters with in-building solutions in place of the present trend of using high power transmission over mobile towers /
high rise buildings.

15. To conduct the long term scientific research related to health aspect of EMF radiation exposure and associated technologies in India in the

o Health effect of RF exposure in children.
o Health effect of RF exposure in Foetus, mothers and elderly persons.
o Combined electromagnetic field radiation effect exposure from multiple antennas of a shared infrastructure sites
16. It is recommended for use of hands free and ear phone technologies such as blue tooth handsets and ear phone so as to minimize the contact of head with cell phone.

17. Department of Telecom may create a document “Radio waves and safety in our daily life” indicating various Dos and Don’ts related to mobile users clarifying various myths regarding deployment and use of radio waves and mandate each operator to print and issue the same to their customer at the point of sale for enhanced customer awareness. This will help in facilitating the right inputs and creating an environment
where everyone can use the radio waves safely.
Share. Twitter Facebook Google+ Pinterest LinkedIn Tumblr Email