Trending
Many of us are using Bank locker to safeguard our valuables spicily in big cities. One must know how safe is their locker in the hands of the banker.

Reserve Bank of India (RBI) Master Circular dated July 1, 2010 on Customer Service, banks have been advised that they should exercise due care and necessary precautions for the protection of the lockers provided to the customer. Banks should also review the system in force for operation of safe deposit vaults/ lockers at their branches on an on-going basis and take necessary steps. The security procedure should be well documented and the concerned staff should be properly trained in the procedure. The internal auditors of the bank should ensure that the procedures are strictly adhered to. 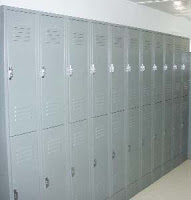 RBI has stipulated that banks should play a more proactive role in finding the whereabouts of the account holders, whose accounts have remained inoperative. Banks should make an annual review of accounts in which there are no operations for more than one year and the bank may approach the customers and inform them in writing that there has been no operation in their accounts and ascertain the reasons for the same. If letters are returned undelivered, they may immediately be put on inquiry to find out the whereabouts of customers or their legal heirs, in case they are deceased. In case the whereabouts of the customers are not traceable, banks should consider contacting the persons who had introduced the account holder. Bank could also consider contacting the employer/ or any other person whose details are available with it .Banks may also consider launching a special drive for finding the whereabouts of the customers/ legal heirs in respect of existing accounts which have already been transferred to the separate ledger of ‘inoperative account’.
Share. Twitter Facebook Google+ Pinterest LinkedIn Tumblr Email