Trending
Dengue fever is the most common viral disease spread to humans by mosquitoes. Dengue fever can cause flu-like symptoms. In some cases it leads to dengue haemorrhagic fever, which can be fatal. There is no vaccine or medication that protects against dengue fever.
Dengue fever occurs in most tropical and subtropical areas of the world, predominantly in urban and semi-urban areas.
But now a days we have started getting cases of dengue in Bangalore for which we all should take proper precaution as we have seen death cases related to dengue fever. 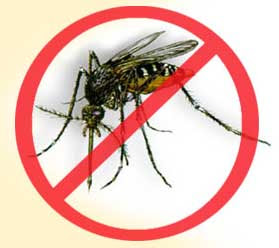 The virus is contracted from the bite of a striped Aedes aegypti mosquito that has previously bitten an infected person. The mosquito flourishes during rainy seasons but can breed in water-filled flower pots, plastic bags, and cans year-round. One mosquito bite can inflict the disease.
The virus is not contagious and cannot be spread directly from person to person. There must be a person-to-mosquito-to-another-person pathway.
What are dengue fever symptoms and signs?
After being bitten by a mosquito carrying the virus, the incubation period ranges from three to 15 (usually five to eight) days before the signs and symptoms of dengue appear. Dengue starts with chills, headache, pain upon moving the eyes, and low backache. Painful aching in the legs and joints occurs during the first hours of illness. The temperature rises quickly as high as 104 F (40 C), with relative low heart rate (bradycardia) and low blood pressure (hypotension). The eyes become reddened. A flushing or pale pink rash comes over the face and then disappears. The glands (lymph nodes) in the neck and groin are often swollen.
Fever and other signs of dengue last for two to four days, followed by a rapid drop in body temperature (defervescence) with profuse sweating. This precedes a period with normal temperature and a sense of well-being that lasts about a day. A second rapid rise in temperature follows. A characteristic rash appears along with the fever and spreads from the extremities to cover the entire body except the face. The palms and soles may be bright red and swollen.
“Dengue fever is a viral disease transmitted by mosquitoes. It is commonly found in tropical and subtropical regions including South East Asia, South Asia, the Pacific area, Africa and Central America,”
To safeguard public health, one should maintain good environmental hygiene in their home and the surroundings to prevent dengue fever.

“It is important to eliminate all stagnant water which is the potential breeding ground for mosquitoes,” he noted.

“Dengue fever presents with sudden onset of high fever, severe headache, eye pain, bone and muscle pain, and nausea and vomiting. Rash generally occurs three or four days later. The disease may present in a more severe form, dengue haemorrhagic fever, with bleeding and shock, which may be fatal,” he warned.

The public are advised to take the following precautionary measures to prevent the breeding of mosquitoes:

* Properly cover all containers and remove all unnecessary water collection;

* Change at least once a week the water in flower vases and saucers of potted plants to prevent breeding of mosquito. The use of saucers should be avoided whenever possible;

* Keep all drains free from choke;

* Top up all defective ground surfaces to prevent the accumulation of stagnant water;

* Make large holes on tyres used as anti-bumping measure in garage or wrap them up with plastic cover to prevent water trapping or use mark(s) on the parking space to prevent bumping instead;

* Use mosquito screen to prevent the invasion of mosquito;

* Use insect repellents to provide temporary protection from mosquito bite;

* Wear long-sleeved clothes to protect from mosquito bite; and

* Use mosquito coils or aerosols to kill the mosquito directly.

There is no vaccine available against dengue, and there are no specific medications to treat a dengue infection. This makes prevention the most important step,
The best way to reduce mosquitoes is to eliminate the places where the mosquito lays her eggs, like artificial containers that hold water in and around the home. Outdoors, clean water containers like pet and animal watering containers, flower planter dishes or cover water storage barrels. Look for standing water indoors such as in vases with fresh flowers and clean at least once a week.
The adult mosquitoes like to bite inside as well as around homes, during the day and at night when the lights are on. To protect yourself, use repellent on your skin while indoors or out. When possible, wear long sleeves and pants for additional protection. Also, make sure window and door screens are secure and without holes. If available, use air-conditioning.
BBMP :
“We have intensified fogging, source reduction activity and also awareness campaigns, wherever there have been Dengue and Chickungunya cases. We need public co-operation as mosquitoes like Aedes Egypti, which spreads Dengue, breed in fresh water. Public should prevent water from collecting in coconut shells or flower pots. They should also clean their water tanks once in four days,” said Dr Lokesh, project director, dengue and chickungunya control, BBMP.
There were 144 Dengue cases in June and 111 cases till July 13 at Bowring. Doctors at the hospital say the number of Dengue cases has increased by 50 per cent this month.
Share. Twitter Facebook Google+ Pinterest LinkedIn Tumblr Email